How to Spent a day in historic Sivasagar, Assam,India 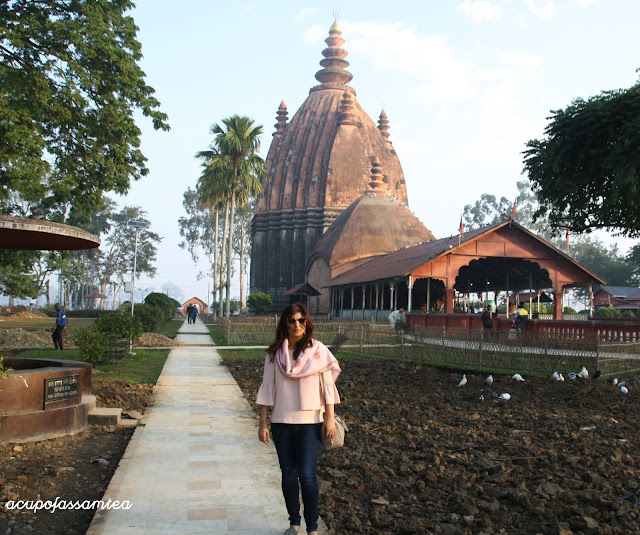 Utterly offbeat and witness to 6oo years of riots, revolves, changing political scenarios and one of the tremendous cultural hub of the east with fluid architecture and the city of lakes, yes it is Sibsagar. Built in 18th century by Ahom dynasty, tucked away in the fertile bank of Dikhow river Sibsagar, in the mist of green forest and dusty roads, the city intrigued you every bit. Entering here you fall for the finest fables of yesteryears.  A day is not enough to explore this historic city but will get you a glimpse of the vast might of the Ahom kingdom. 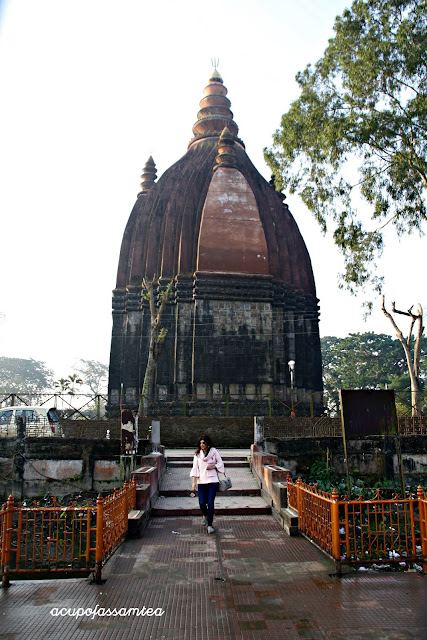 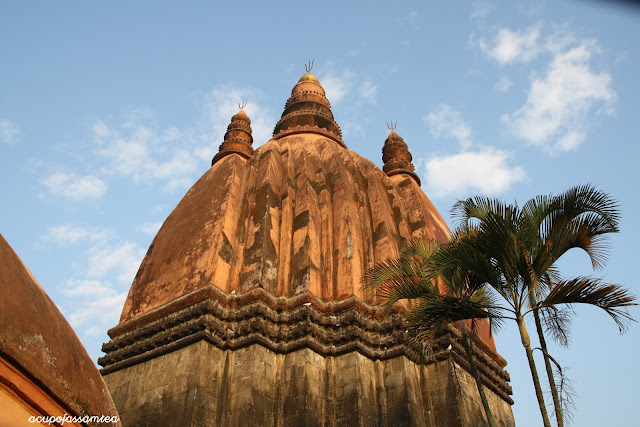 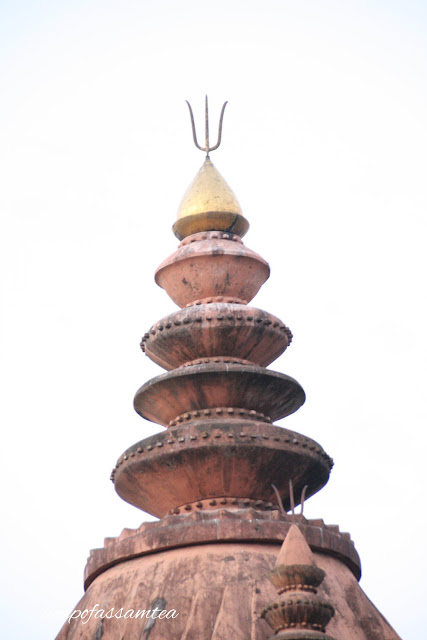 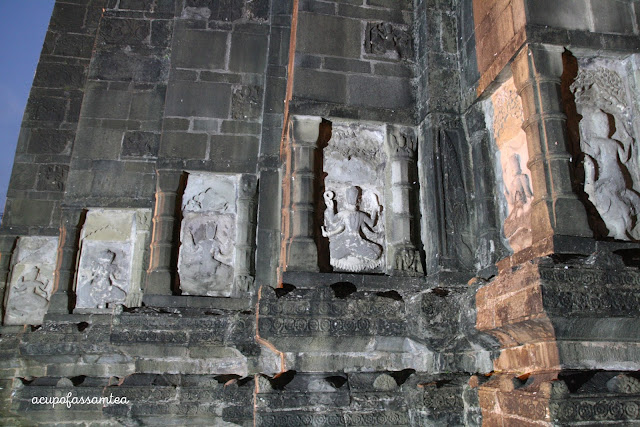 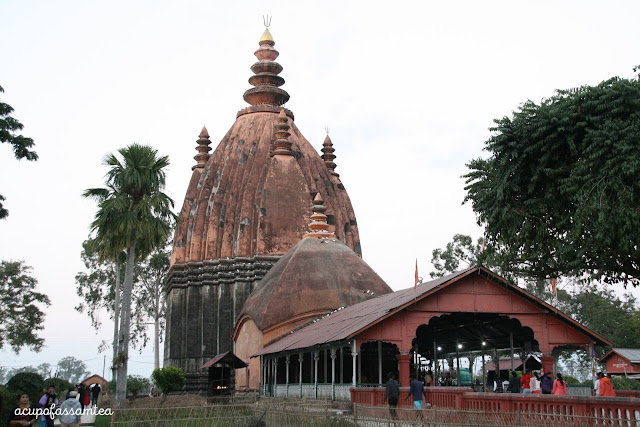 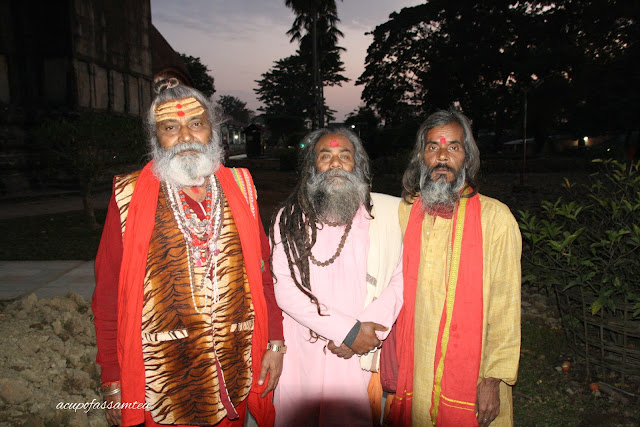 1. Shiva Dol - Whether you are an avid devotee or audacious traveler, Shivdol will hook you in no time. Located in the heart of the city consisting of the main Shiva dol and two relatively small Vishnu dol and Devi dol. Dol means temple in the Assamese language. Built-in 1734  by queen Ambika wife of Shiva Singha, Ahom king. The dome-shaped Shiva dol had a kolosi (vase) of pure gold at the top. In British era, however, it was brought down and replaced with gold plated one.  Believed to be highest shiv temple in India, Shivdol is 104 feet high, and a thousand devotees visit and pray every day. If you walk around don't be surprised to bump into those long-haired and bearded pilgrims. 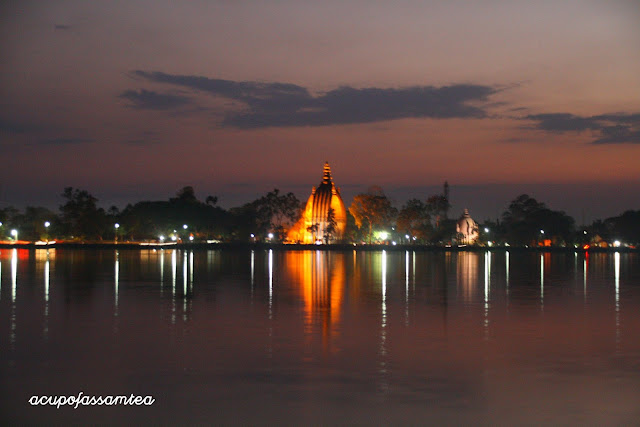 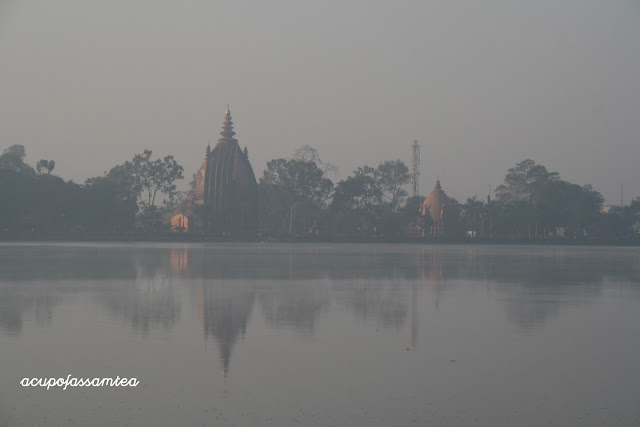 2. Sibsagar Lake or Borphukuri - Sibsagar is known for its all man-made lakes. Sivasagar lake just a walk away from Shiva dol. Not very pristine but its rich history will intrigue you. If you visit in the morning, you can watch several birds and people pay a visit to feed the fish as well. This 257-acre lake's water level remains above ground level throughout the year. 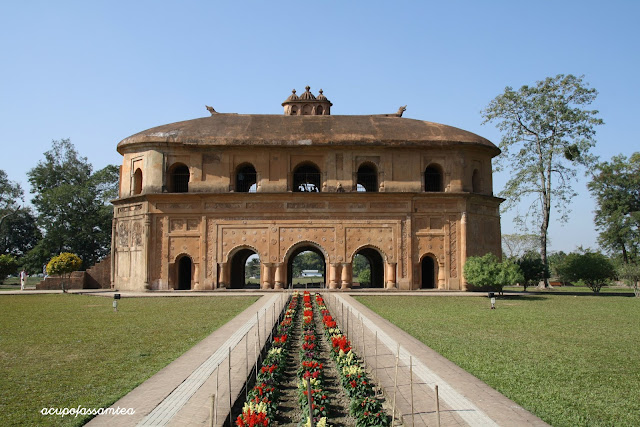 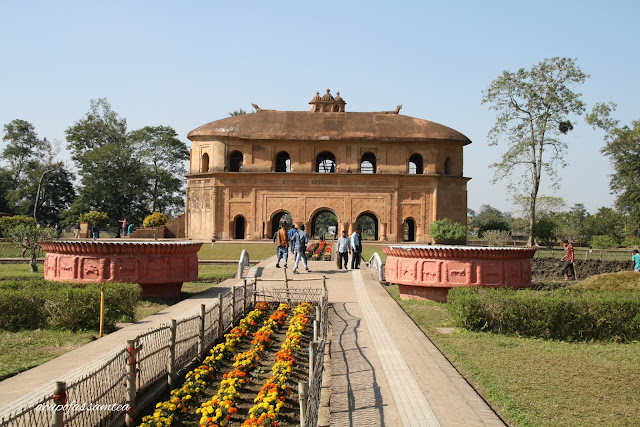 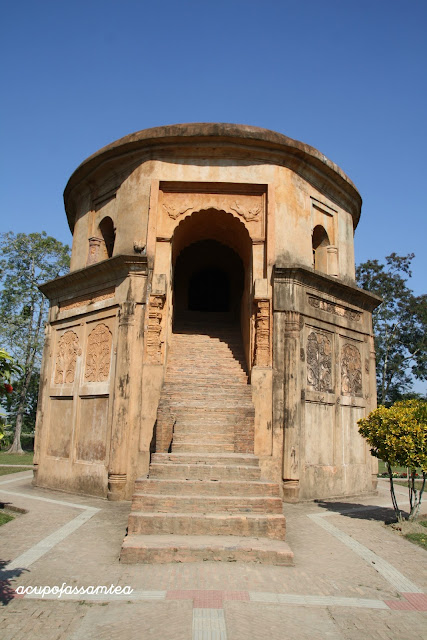 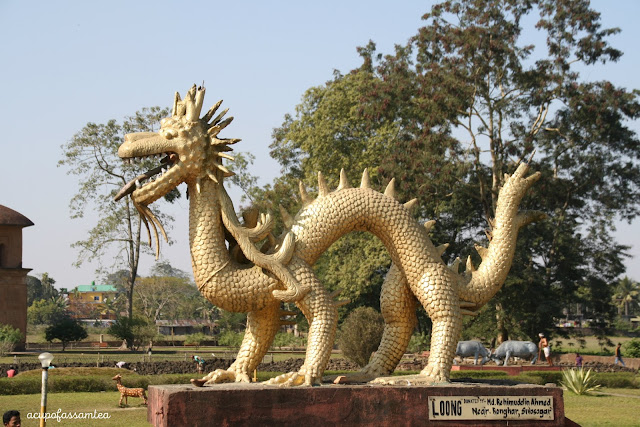 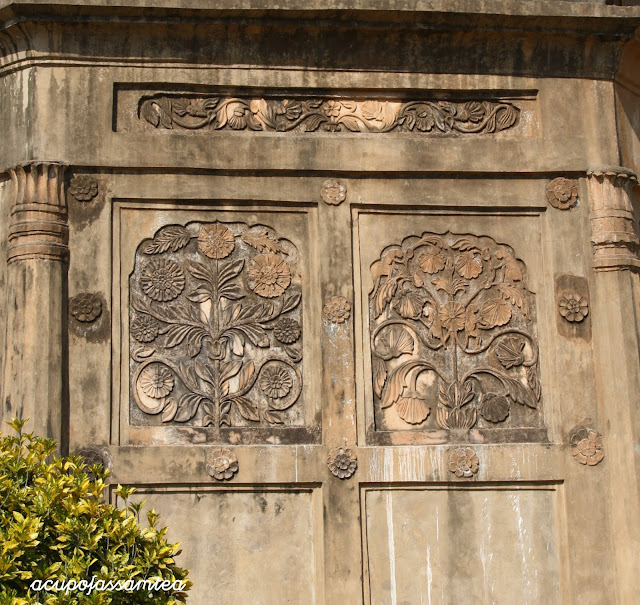 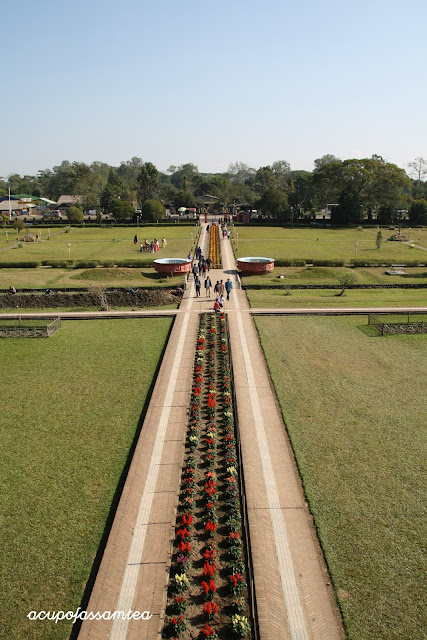 3. Ranghar - The Coliseum of the east. Its opulent architecture, Unique, and aesthetically carved Ranghar can't be missed. Ranghar stands for a house of entertainment. Once it was Ahom kings sports pavilion used to witness the fantastic bullfights, elephant fight, wrestling, Bihu and several other entertainments. Its courtyard is known for celebrating numerous assamese festivities. The Ranghar's construction has exciting facts as it is said that it did not use cement instead used sticky rice and Swan eggs. 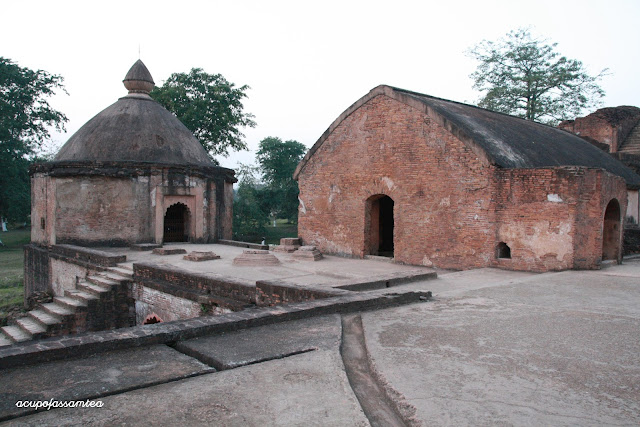 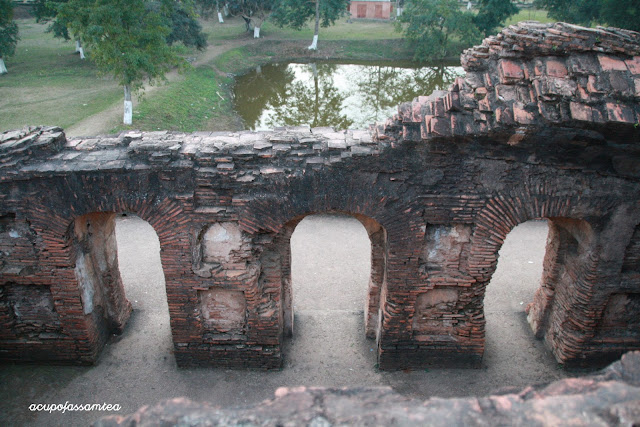 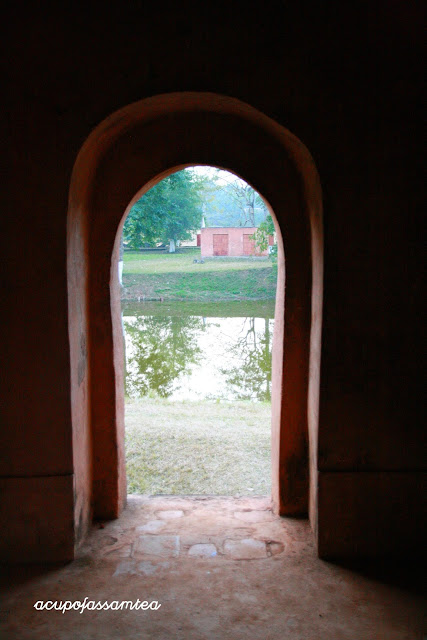 4. Tolatal Ghar - Just 2 miles away from the city, the Tolatal Ghar is a  seven-storeyed palace with four-story above the ground and three underground. Talatal Ghar was used as an army base in Ahom kingdom. Its construction started in 1751 and was completed by 1769. It has two secret tunnels connecting to Dikhow river and Garhgaon palace, used as an escape route in case of enemy invasion or emergency.

You can end your day with a view of the magnificent sunset from Talatal Ghar.
What to buy in Sibsagarh - Since you spent the day in Sibsagar, you can't be back empty-handed. Sibsagar is known for handloom and handwoven traditional. You can pick silk scarf, saree, mekhela chadar and many more from local shops. 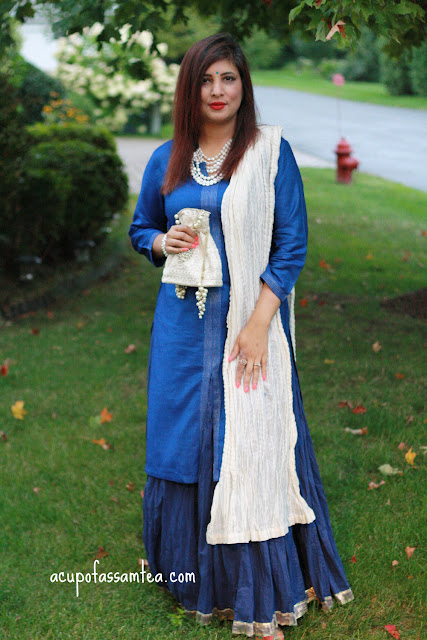 In the world of flashy machine-made products, handmade products have their own beauty. The beauty that lies in the imperfections makes it unique and one of a kind. Wearing something handmade always brings a sublime feeling to me. That elicited me to share this Indian festive season's 1st look. A handmade tunic and skirt in navy blue shades recently wore for an Indian festive celebration. I am into neutral these days. A navy blue kurta (tunic) and ghagra (long a-line skirt) and added an off-white dupatta. The motive behind creating this look is an understated and classic look. I added a multi-strand pearl necklace just to amp up a bit and my hair and makeup are natural. By the way, I was wearing Loreal X SabyasachiSabyasachi. Hope you like this look.